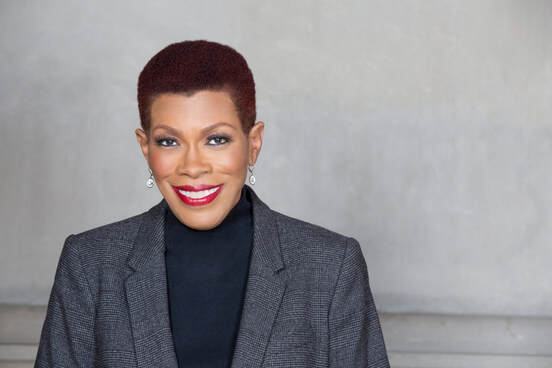 ​​Rochelle Riley, who always works with two phones, is the Director of Arts and Culture for the City of Detroit. Prior to this new leadership role she was a columnist for the Detroit Free Press for a decade. There she was a leading voice for children, education, competent government and race.

Rochelle is the author of “The Burden: African Americans and the Enduring Impact of Slavery” (Wayne State University Press, 2018). She makes frequent television and radio appearances, including on National Public Radio and local television.

Rochelle Riley has won numerous national, state and local honors, and her columns on the text message scandal that led to the imprisonment of former Detroit Mayor Kwame Kilpatrick were part of the Free Press’ 2009 Pulitzer Prize-winning entry for local news. She received the 2017 Eugene C. Pulliam Editorial Fellowship from the Society of Professional Journalists and the 2017 Ida B. Wells Award from the National Association of Black Journalists for her outstanding efforts to make newsrooms and news coverage more accurately reflect the diversity of the communities they serve. Rochelle is a global traveler who has been to 27 countries and counting. She was a 2007-2008 Knight-Wallace Fellow at the University of Michigan, where she studied online communities and film. And she was a 2016 inductee into the Michigan Journalism Hall of Fame.
In 2018 Rochelle Riley was names a WONder Woman in our 34th WONder Woman Awards Banquet.​